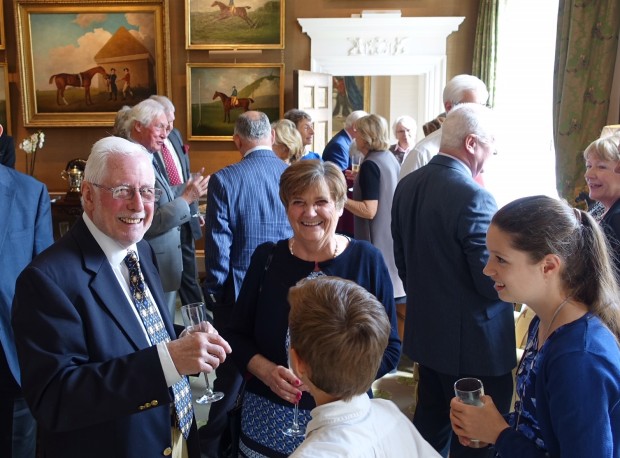 I’m not going to claim that Dad had a permanent grin on his face, or was a bundle of laughs all day every day. He could be incredibly serious, a bit stern, sometimes grumpy and had even been known to get a bit angry (though not very frequently). But a smile was never far away and, either consciously or subconsciously, he knew the power of a smile in easing social interaction, whether in business or elsewhere.

I guess it’s to do with putting people at ease. Walk into a room of strangers with a smile on your face, and people will immediately warm to you, and gravitate towards you. Friendliness, openness and appearing approachable are incredibly useful in forming relationships and building networks. A smile costs nothing, and the return can be huge. If nothing else, smiling will make you feel better in yourself (as will, in my view, whistling and skipping, though the latter is difficult to pull off in public).

This is scientific fact: the act of smiling makes you feel happier. How’s that for a life hack?

It’s difficult to find a photo of Dad where he’s not smiling. That may sound a silly thing to say – after all, it’s traditional to smile in a photo – but with Dad, he had an approach to being photographed which always resulted in him having a big, cheerful grin on his face. If he knew he was being photographed, just before the shutter was pressed, he’d give a little laugh. Nobody had told a joke and there may not have been anything specific to be laughing about, but he knew that in doing so he’d be photographed with a sunny smile.

The photo above is a great example. It was taken Mum and Dad’s Golden Wedding celebration at the Jockey Club in Newmarket. And though he may have used his little chuckle technique, given he’s chatting to his great friend Gwyneth and his two grandchildren (my daughter and son), I can guarantee he was as happy as he looks.

There was definitely a touch of vanity about it (in all aspects of life, Dad was concerned about appearances) but it did the job, and never felt false to me. In fact, in the article linked to above, I’ve just found this bit:

“…if you really want to get the biggest facial feedback benefit, find something to laugh about. That will likely generate a true smile. This is also a great tip for becoming more photogenic…”

He was a canny bloke.

Give it a go. Whatever you’re up to today, hand out a few smiles. Good stuff will happen, I promise.

(This is the part of a series of lessons I’ve learnt from my Dad. Find the backstory here, and more lessons can be found here.)