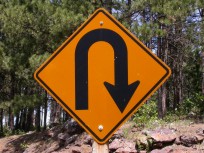 When Bite PR, as PRWeek put it back in October, “became the envy of trendy consumer tech agencies everywhere [by] scooping up the Facebook UK brief” I bet in all their excitement the team never suspected that one of the first things they’d be handling would be the fallout from the Facebook founder’s humiliating apology over a dodgy advertising system.  Though perhaps they’re not having to do very much at all…as we all know, when stuff like this happens with our big American clients, it’s generally time to stick to the prepared statements and say nothing else.  I’ve always found that enormously rewarding.

In fact, with all the current chat about Facebook having jumped the shark, I’m not sure that other agencies would be that envious right now.  My gutfeel is that Facebook’s crested the hill and is starting a chilly descent.  I reckon Zuckerberg knows it too, so he’s grabbed the cash from Microsoft and the rich Asian fella while he can…$300m isn’t a bad return for a few years’ work in anyone’s book.  Hopefully Bite has negotiated a long notice period.

I bet the guys at LinkedIn – the client that Bite (rather arrogantly in my eyes) thought wouldn’t mind being serviced by the same agency as Facebook but which (rather predictably) decided that it did – are chuckling away though.

One thing I chuckled away at this morning is Kara Swisher’s decoding of Zuckerberg’s apology on her excellent BoomTown blog.